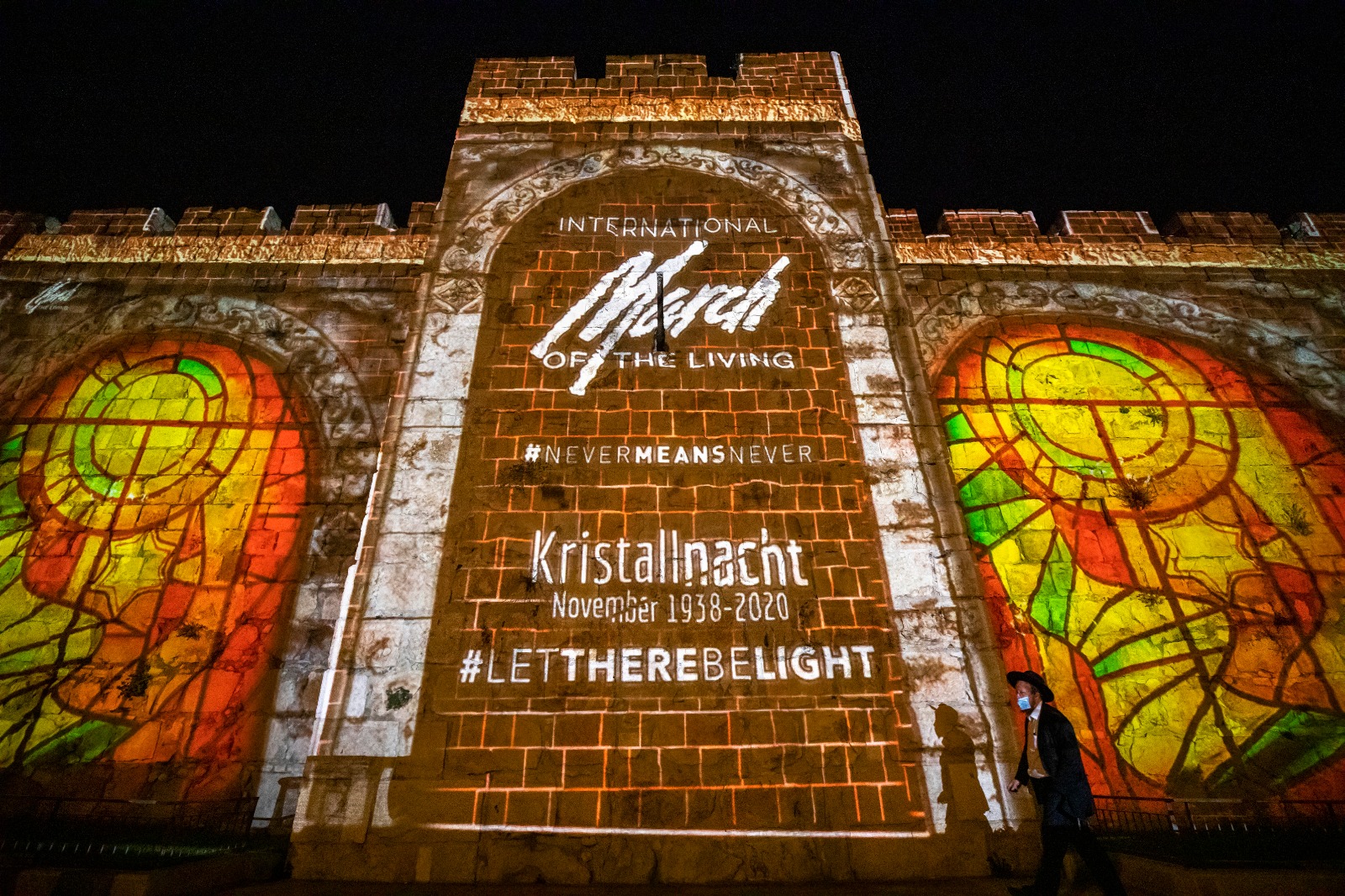 The organization March of Living was forced to reinvent itself during the Corona period. In the absence of physical marches, the organization held virtual memorial events. The first event, which took place on Holocaust Remembrance day, was a huge success. In honor of the 82nd Remembrance Day of the Kristallnacht pogrom, also known as the Night of Broken Glass, March of the Living sought to hold another event that would assist in passing on the memory of the Holocaust to future generations and convey a message of resistance to anti-Semitism and racism, by means appropriate to the modern audience during Corona times.

Strategy
The hashtag "Let There be Light" was created, which had two tiers:
The first tier was virtual – a website had been set up where surfers from all over the world could write personal memorial signs, with messages against racism and anti-Semitism. On the eve of Kristallnacht, these signs were projected on the walls of the Old City of Jerusalem, the Central Synagogue in Frankfurt and the walls of Coventry Cathedral in England.
The second tier was physical – hundreds of synagogues from over 50 countries around the world, from all religions, left their lights on all night in memory of the over 1,400 synagogues that were burned on Kristallnacht. In order to combine between the virtual and physical dimensions, we created an online simulation of the Great Synagogue of Frankfurt, which was destroyed in 1938 and had not been restored. The model accompanied the publications on the project and was also screened on the walls of the Old City of Jerusalem and Houses of Prayer.
In order to run a multi-channel and multi-tool campaign and in order to maintain consistency in the messages and goals, we used the ‘longtail creative’ approach, which combines different action channels to create the maximum effect on the public and the conscious. Throughout the the "Let There be Light!" campaign, we worked together with influencers, social media networks, promotionals, public relations in Israel and abroad and internal organizational communication.
The project was preceded by a 360 campaign, which included the recruitment of important partners, such as President Reuven Rivlin, British Prime Minister Boris Johnson, Israeli Prime Minister Netanyahu, Deputy Prime Minister Gantz, the Ministry of Foreign Affairs, Israel Prize winner Miriam Peretz; Chairman of the Jewish Agency Yitzhak Herzog; Chairman of the Supervisory Board of the Babyn Yar Holocaust Memorial Center Natan Sharansky and Chief Rabbi of Ukraine Yaakov Dov Bleich; Former Israel National Team Coach Avram Grant; Chairman of the Board of the Jewish People's Museum Irina Nevzlin, CEO of Birthright Gidi Mark, the Peres Center for Peace and Innovation and many others.
At the same time, intensive activity was carried out with the various media channels, which included a series of early publications, while maximizing the use of media assets.
Results
The campaign created a significant impact: 39 publications in Israeli media on the leading news channels; over 8,000 participants from 120 different countries; over four million exposures to the digital campaign; over 30,000 in user involvement who clicked, shared, commented and liked; and over 44,000 entries to the minisite.
The Kristallnacht Memorial Day, which in recent years received very little coverage, received wide resonance in Israeli and international media and became an important event on the calendar. The projection of the signs event gained exposure on the TV channels and the "March of the Living" organization managed to preserve its relevance and to advance the memory of the Holocaust, even during these days when it is not possible to gather and march together.