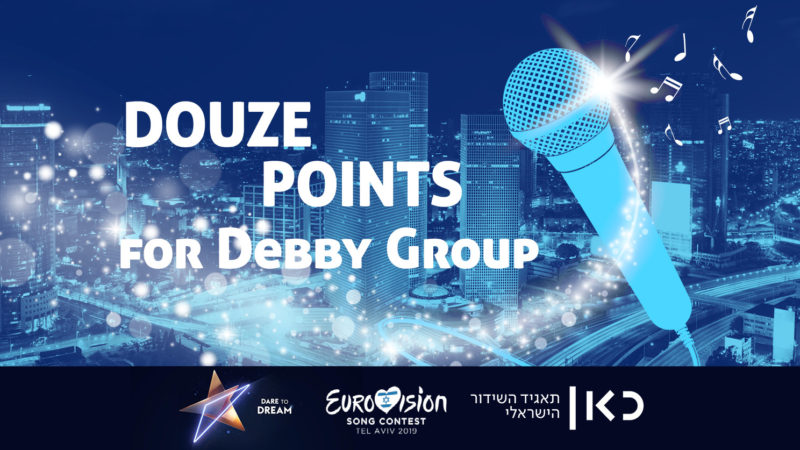 The Bid Evaluation Committee of Kan – Israel’s public broadcasting corporation has chosen the Debby Group to manage the public relations of Eurovision Song Contest, which this year will be held in Tel Aviv this coming May. The Debby Group has formed a dedicated team to work with Sharon Ben-David, Head of Communications for the Eurovision 2019.

The allocated team is lead by the CEO of the Debby Group, Aya Achimeir. It includes communications consultant Ron Granot, the founder of his public relations firm ‘Ron Granot Communications’ and an international team who will together with the Kan’s Spokesperson’s office and the European Broadcasting Union (EBU).

Eurovision’s final and semi-final are events with high media intensity – with considerable media and advocacy potential for Israel, the Kan corporation and the city of Tel Aviv. 1500 reporters are expected to attend the various events and dozens of press parties will be held.

Eurovision events officially open today, Monday 28th January with the lottery determining the order in which the countries will appear in the semi-final and the Key Transfer Ceremony between the Municipality of Lisbon, to Tel Aviv Yafo Municipality at the Tel Aviv Museum of Art.

The Eurovision will broadcast by Kan on all of its broadcasting platforms: Kan 11, radio and its digital platforms.

Moshe Debby, Founder and Chairman of Debby Group said “We are both excited and proud to have been chosen by Kan as their partners in managing Eurovision. Alongside the professional challenge of managing this unprecedented Israeli media event, we welcome the opportunity to tell Israel and the world the story of Israel as a cultural centre which is bustling and diverse”.